Apply now Europe Cyprus for jobs, contact with us: info@progemini.com

Cyprus holds 6 seats in the European Parliament and has held the revolving presidency of the Council of the EU once in 2012. Cyprus is not a member country of the Schengen Area. 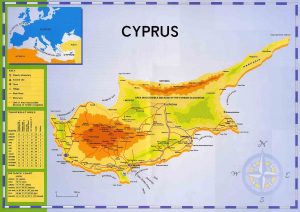 The employment of foreigners in Cyprus is overseen by the Department of Labour. According to law, non-EU nationals have to register with the Civil Registry and Migration Department, while EU citizens can work in Cyprus without any restrictions. All expats intending to stay longer than three months have to apply at the CRMD for a registration certificate as soon as they find a job.

Jobs have, however, become scarcer in the age of austerity, and there is increased competition from locals.

The tourism industry accounts for the largest part of Cyprus’s GDP. The market in the south is generally stronger than in the north. Overall, the industry has suffered as a result of global and local economic difficulties, but the holidaymaker’s market remains relatively secure and expats tend to be most successful at acquiring jobs in the hotel and hospitality sectors.

Even though the business language in Cyprus is English, most jobs demand some knowledge of Greek. English-speaking expats have gotten by in tourism without speaking Greek, although this means earning relatively low wages. Opportunities are also inconsistent as there are more positions available in the summer months during peak tourist season. As a result, many of these positions are occupied by Eastern Europeans who find the salary more satisfactory.

Adventurous expats who are after a more modest way of living may find work picking fruit in the agriculture industry. Teaching English is also a possibility, although competition is fairly high and spaces are very limited.

Aside from tourism, the economy in Cyprus relies on shipping, the service industry and energy. Expats with degrees relating to finance, telecommunications, electrical engineering and IT have the best chance of getting a job in Cyprus.

Syphilis and report of chest X-ray for Tuberculosis.)

10. Contract Of Employment (attestation with verify by

11. Undertaking of Employee attestation  of documents

Currently we are seeking for Unskilled and Semi-skilled workers in

Europe Cyprus such as: