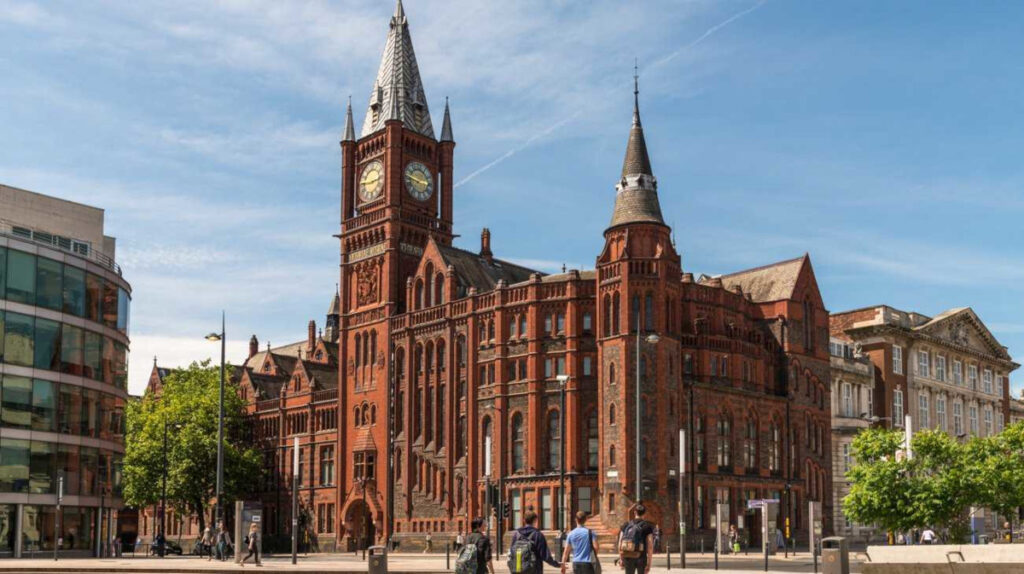 Study at the University of Liverpool

The University of Liverpool is a public university and a member of the Russell Group of research-led universities. Established as University College Liverpool in 1881, it opened its doors to its first set of students in 1882, in what was a disused lunatic asylum. Its iconic Victoria Building, designed by the English architect Alfred Waterhouse in 1892, is a tourist attraction in its own right. This Grade II listed building, built in the Gothic style, inspired the term ‘redbrick university’, now used to refer to a set of British universities established in leading industrial English cities during the Victorian age.

The university’s motto translates into English as ‘These days of peace foster learning’. It became an independent university and adopted the name the University of Liverpool, in 1903. Today, the university is home to around 30,000 students, including 7,000 international students from 127 countries, as well as 195,000 alumni and 6,000 staff. Among its alumni are the broadcast journalist Jon Snow, and former Poet Laureate Carol Ann Duffy, while nine Nobel Laureates have passed through its doors.

According to Times Higher Education (THE) World University Rankings 2021, the University of Liverpool is ranking at 150-200 in the world.

The university is mainly based around a single urban campus approximately five minutes’ walk from Liverpool City Centre, at the top of Brownlow Hill and Mount Pleasant. Occupying 100 acres, it contains 192 non-residential buildings that house 69 lecture theatres, 114 teaching areas and research facilities. The main site is divided into three faculties: Health and Life Sciences; Humanities and Social Sciences; and Science and Engineering. The Veterinary Teaching Hospital (Leahurst) and Ness Botanical Gardens are based on the Wirral Peninsula. There was formerly a marine biology research station at Port Erin on the Isle of Man until it closed in 2006.

Fifty-one residential buildings, on or near the campus, provide 3,385 rooms for students, on a catered or self-catering basis. The centrepiece of the campus remains the University’s original red brick building, the Victoria Building. Opened in 1892, it has recently been restored as the Victoria Gallery and Museum, complete with cafe and activities for school visits Victoria Gallery and Museum, University of Liverpool.