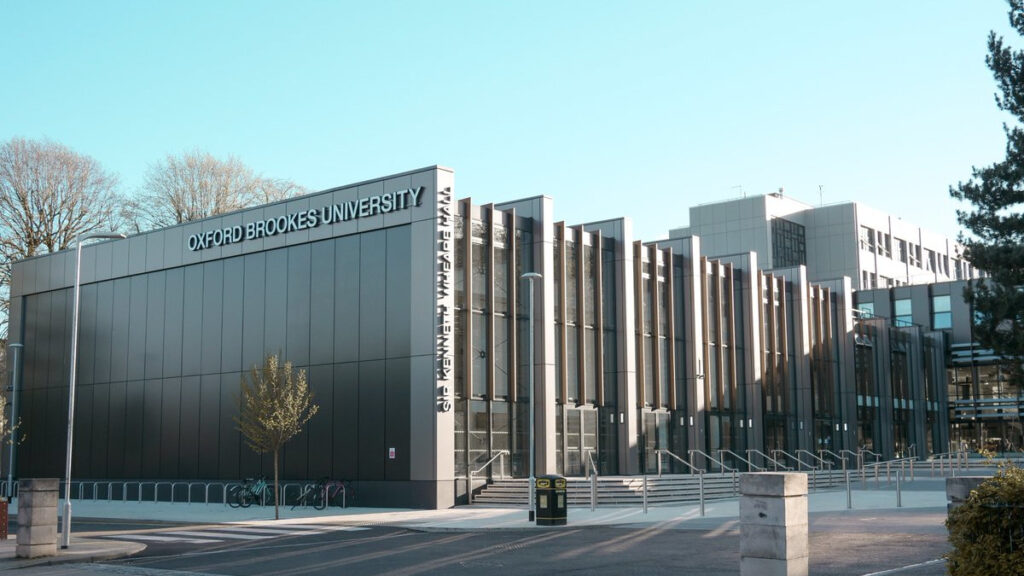 Study at the Oxford Brookes University

Oxford Brookes University began life as the Oxford School of Art in 1865. It occupied one room on the ground floor of the Taylor Institution in the centre of the city. The roots of Oxford Brookes University can be traced back to the founding of the Oxford School of Art, which occupied a single room in the Taylor Institution, an academic library.  After serving as Oxford Polytechnic for several years, it gained university status in 1992 and took its name from John Henry Brookes, its founding Principal. The university lays claim to around 100 partner agreements with higher education institutions worldwide, enabling students to take advantage of study abroad opportunities in Australia, the US, Europe, Asia and South America. It also offers work placements in Europe.

The university motto is ‘Excellence in diversity.’ Among its honorary graduates are the author Dame Hilary Mantel, campaigner Baroness Doreen Lawrence, artists Gilbert & George, and broadcast journalist Jon Snow. The university’s Headington campus, which houses Headington Hill Hall, is set amid 14 acres of lush green countryside and was previously home to the media tycoon Robert Maxwell. Today, Oxford Brookes University is a thriving community of staff and students. Committed to helping our students achieve their potential. And to become graduates prepared for fulfilling and valuable lives.

According to Times Higher Education  World University Rankings 2021, Oxford Brookes University is ranking at 601- 800 in the world.

The university is spread across four campuses, with three primary sites based in and around Oxford, all with libraries, 24-hour computer rooms, libraries, playing fields, shops, accommodation, social spaces and study areas. A fourth campus is located in the town of Swindon, about 30 miles from Oxford, home to courses in adult nursing, operating department practice and continuing professional development courses.

It comprises four faculties, including Business, Health and Life Sciences, Humanities and Social Sciences, Technology, Design and Environment (within which, its School of Architecture is recognised as being one of the largest in Britain). With a large student body, most undergraduates study at the university on a full-time or sandwich basis. It has several thousand international students who between them represent more than 130 countries.